Dutch companies that produce agricultural and horticultural seeds and seedlings rank among the world’s top, in terms of turnover, trade and innovation, figures by Wageningen University show.

Many of the sector’s biggest producers are based in the Netherlands, which partly accounts for the strength of the country’s farming and food branches. On average, the companies invest some 15 percent of their turnover in research and development.

The figure represents one of the highest R&D turnover percentages in any sector, including the pharmaceutical industry. Nearly 40 percent of the global trade in agricultural and horticultural seeds comes from the Netherlands, the report says. For seed-potatoes the figure is close to 60 percent. Dutch seeds for ornamental plants represent nearly 40 percent of the European trade in that branch.

The sector owes its lead position to its unceasing effort at product and process renewal, the report finds. Though it operates around the world, the branch does 60 percent of its research in Europe.

The full report (in Dutch) is available at the website of Wageningen UR. 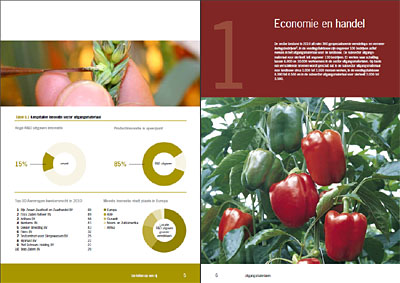